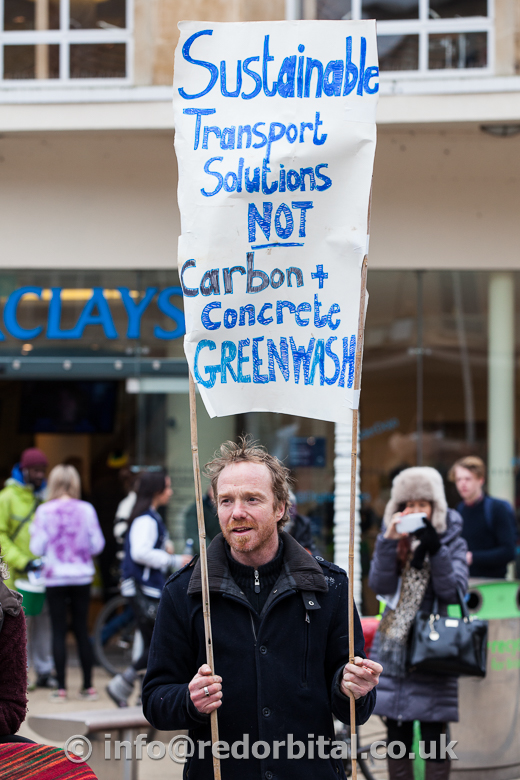 Protesters who have occupied trees, preventing a construction project starting, took their protest to the streets in Bristol. They are opposed to a new bus scheme which will see the destruction of green space which is currently used by local community project, Feed Bristol and residents allotments. Protesters have been camping in the trees for six days on the council-owned land in Stapleton. Metrobus is a controversial, £200M scheme aimed at improving transport links in Bristol. 7th February 2015. Bristol, UK.